The artist Petko Dourmana: 'During the pandemic, people became even more thirsty for art' 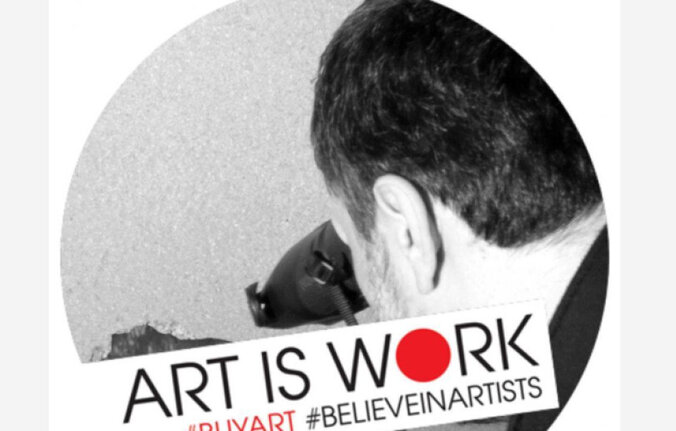 Artists and art connoisseurs meet on the Internet during quarantine, thanks to the successful platform that continues to develop - "Buy art, support an artist." Created last year, immediately after the first closure due to the virus, its purpose was to help Bulgarian artists, for whom it is important to continue selling their works, even in a pandemic, when all galleries and art exhibitions were closed. One of the initiators of the idea is the artist Petko Durmana.
He talks about what the team has done over the past year and about the first National Optimistic Exhibition organized by him for the new year.
The artist says that thanks to the platform, both artists and connoisseurs are able to adapt to the new conditions directed by the pandemic.
When the pandemic started and museums and galleries closed in the spring, we decided that the authors could not stay without presenting their art and without selling. That's why we formed a group, and initially the idea was to invite only colleagues from a small circle and friends. Our ambition was much more modest, but it turned out in practice that we are the only one working, although only on Facebook. The group grew rapidly and found its followers, the idea was extremely successful, Durmana said. According to him, many fans of the visual arts, who suffer from lack of time, have benefited from the platform, because through it they can quickly and easily buy what they like.
Maybe the conversations with the authors, maybe the fact that they had a much bigger choice, stimulates them to buy paintings, he said, pointing out that more than 1,000 sales have been made and the group already has more than 20,000 members. For this reason, they also set up a second group for short auctions of up to 24 hours.
The first thing we decided to do after the first quarantine was to present the authors and their works physically, so the idea for an exhibition appeared, which became the biggest art event of the year in the country. More than 1000 artists took part in it. The illusion marks high results on the art market in Bulgaria, he explained. There are already plans for a second edition, but a response for partnership with Plovdiv and Sofia is expected.
The national optimistic exhibition that the team is preparing is a response and resistance to what is happening. It will take place in the online gallery Kupiizkustvo.bg - www.buyart.bg
According to Durman, many of the galleries have captured the minor tone of the events of the year and have dedicated many of their exhibitions to the cataclysms of 2020 and the coronavirus. The artist has a research role, but somehow people expect the authors to be beyond the bad news. Maybe they hope to bring the good news, to be the ones to change things.
The exhibition is optimistic in terms of the fact that we are so engrossed in depression and pessimism that we really need optimism, and despite the crisis and quarantine, it turned out that people are thirsty for art and want to cheer up. To some extent, this is an investment purchase, but it is also an emotional act. Now people spend more time in their homes and it turns out that they have something to bring them mood.
The picture is a window to another world that they want to see. From this point of view, optimism is very important at this time, and on the other hand, it is support for artists.
Listen to the entire interview of Svetlana Valkova with Petko Durmana in the sound file: https://bnr.bg/varna/post/101402443/hudojnik
« back 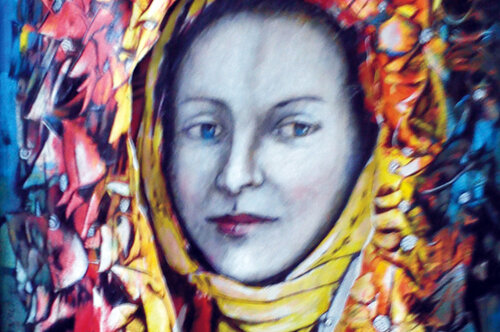 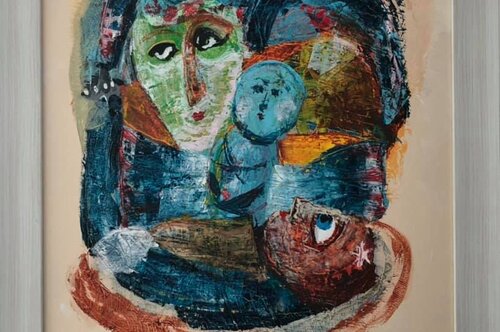 The first National Optimistic Exhibition brings together works by over 100 Bulgarian authors. "Birth" of Vasil Vassilev-Zueka is among the paintings that will be exhibited in the online gallery and Facebook page "Buy art, support an artist". 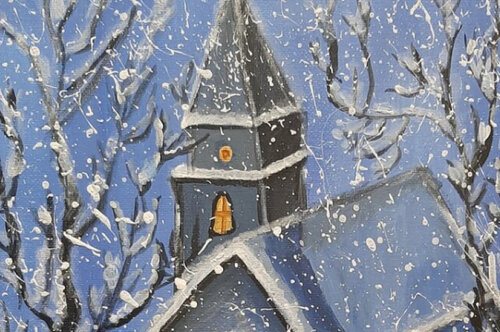 "The exhibition is optimistic because we expect a better year, and national, because the 183 authors are white swallows who want to cause a good change for our whole society," said in "Before All" avant-garde artist Petko Durmana 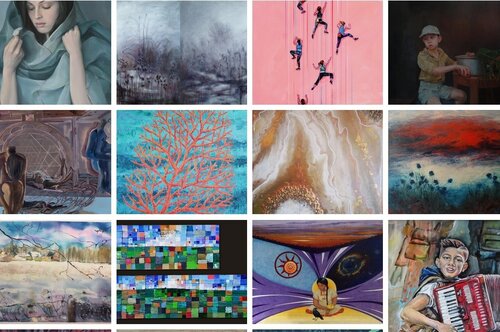 Over 150 paintings priced between BGN 60 and 5000 are included in a Christmas online exhibition, organized by the largest platform for the sale of Bulgarian art on Facebook "Buy art, support an artist". 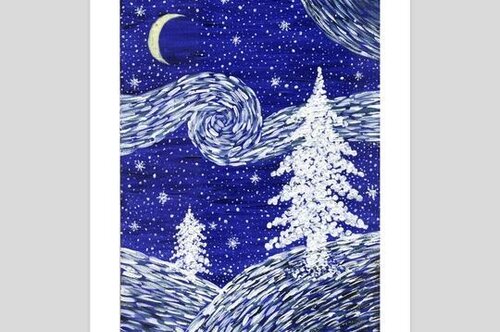 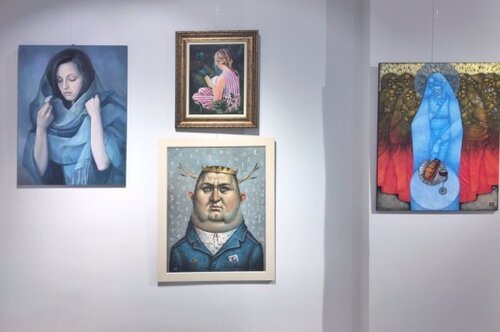 The Facebook group, created during the first Quarantine, in support of the artists, organizes its first physical auction. 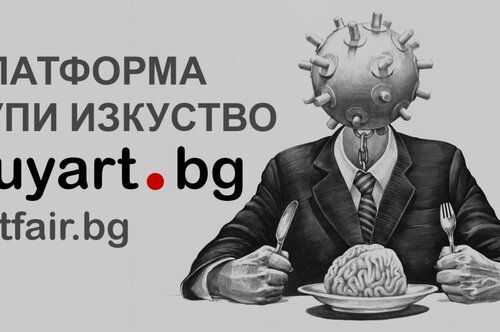 The Facebook group "Buy Art, support an Artist" has become a socio-cultural phenomenon. They are organizing an Autumn auction, consisting of around 50 works by contemporary Bulgarian artists.

How did the idea 'Buy art, support an artist' become a socio-cultural phenomenon 28 September 2020

"The Facebook group, during the pandemic, gathered the largest collection of works of art in Bulgaria", shares with us the artist Petko Dourmana. 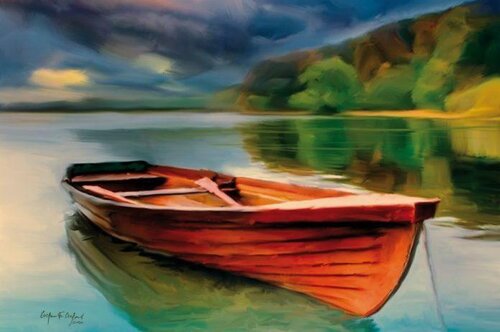 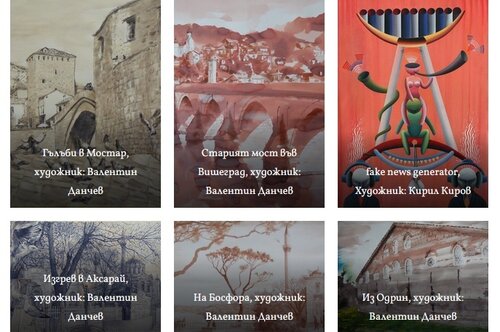 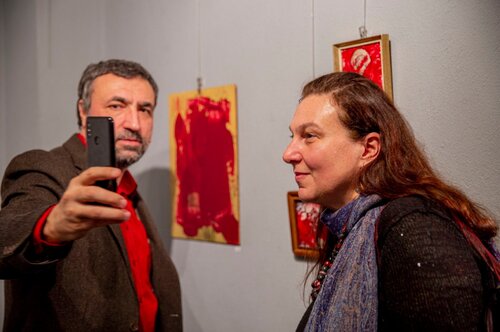